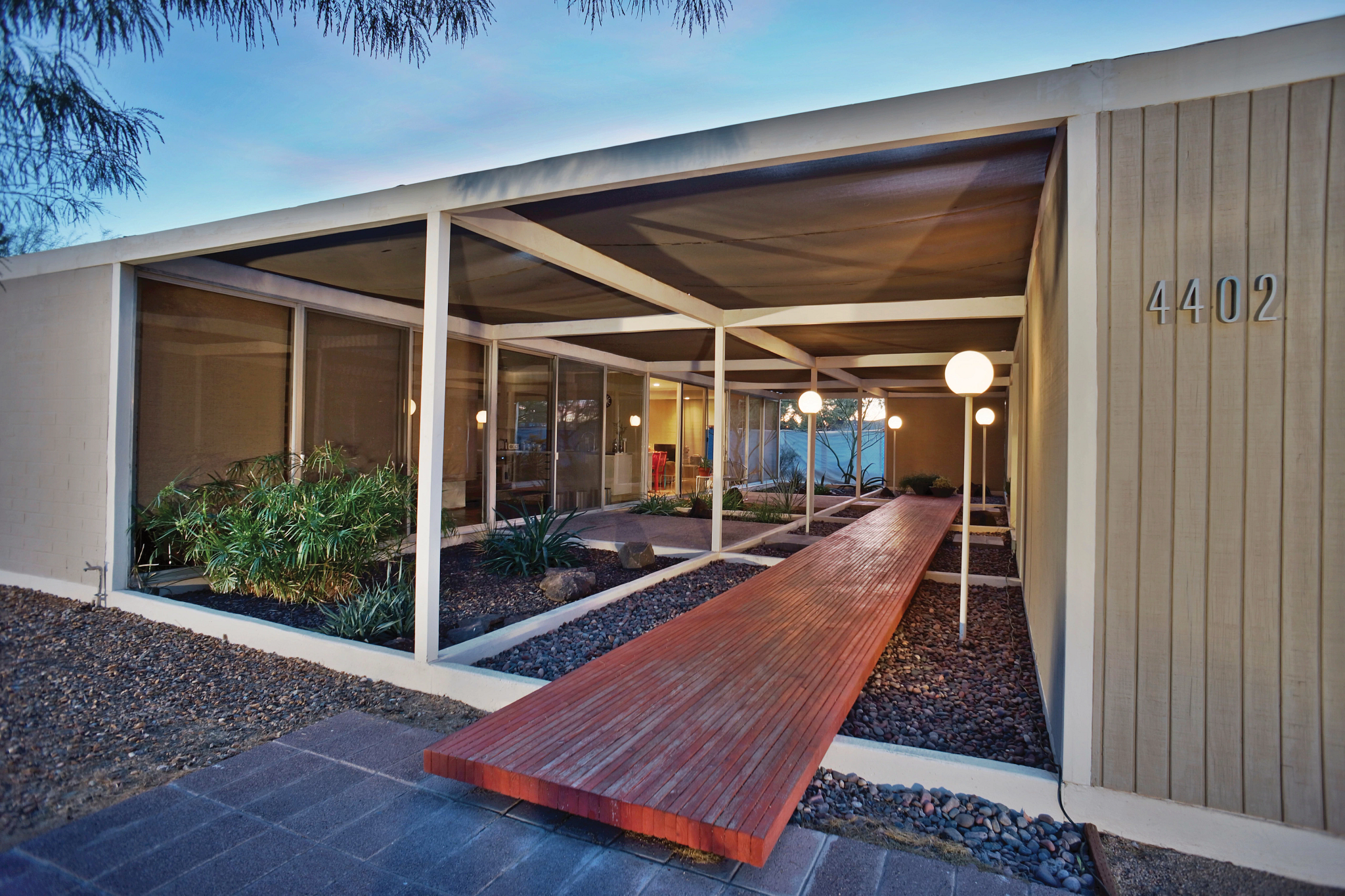 Beadle made traversing the length of the apartments memorable by simulating bridges over a stream with boardwalks suspended above river rocks. Photography by Scott Jarson/AZArchitecture.com.

Unless you were a denizen of Phoenix in the middle of the 20th century, ALFRED NEWMAN BEADLE would not have been a household name. The mythic Frank Lloyd Wright and his apprentice Blaine Drake cast long shadows over architects like Beadle who helped create what we know as desert modernism today.

Beadle always called himself a “hard-hat architect,” by which he meant someone who does more than just design homes and draw up plans. He was often on-site, dusted, like his tradesmen, by the Arizona desert. That’s because he came by his trade honestly. IN HIS NATIVE MINNESOTA HE TAGGED ALONG WITH HIS FATHER, a contractor, to job sites, and later became a Seabee (a member of the U.S. Naval Construction Battalion) in World War II.

Beadle arrived in Phoenix in the early 1950s, when the post-war building boom was heating up. Soon he was DESIGNING AND BUILDING SINGLE-FAMILY RESIDENCES, apartment complexes, commercial buildings, and schools. 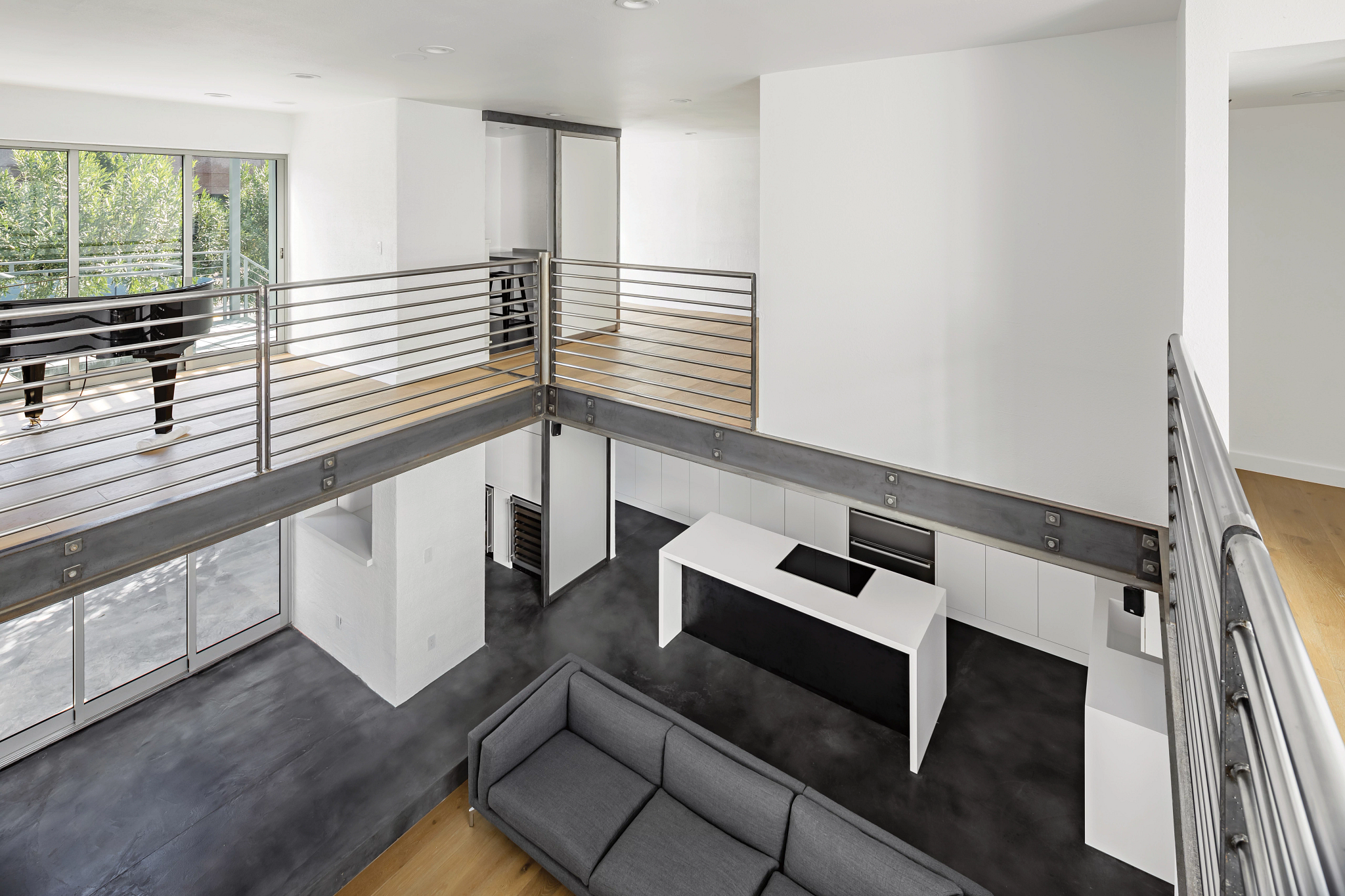 This Biltmore neighborhood apartment retains the courtyard concept at the entry atrium, but also as a sunken main space at the center of the structure. Cambria design shown: WHITE CLIFF™. Photography by Roehner + Ryan.

He was prolific enough to catch the attention of Arts & Architecture magazine’s editors, who were commissioning Case Study homes as experiments into modern living from the era’s most illustrious architects and designers. (The list included none other than the Eameses, Richard Neutra and Eero Saarinen.) Beadle’s Triad Apartments were the only such residence to be built outside California.

The structure, still in use, accommodates three apartments on a 140-foot by 96-foot lot that nestled around common courtyards. It was especially innovative in the way one constantly moved from outdoor to indoor to out again through a system of boardwalks crisscrossing under canopied roofs.

Beadle was a proponent of International Style and Bauhaus. Hallmarks of his work include flat roofs, floor-to-ceiling window walls, steel frames, and open-air carports. Their strict rectilinearity earned them the nickname “Beadle Boxes.” But inside he enjoyed tweaking the modular grid envelope by inserting oddly angled walls or counters that zigged and zagged. Other signature details: perforated cast-cement screens that broke up the hot desert sunlight and created a play of shadow in interior spaces and “lollipop” light fixtures (posts topped with glass globes).

While Al Beadle made forays into Salt Lake City, Los Angeles, and other cities, the great majority of his work was in and around Phoenix. THIS ACCOUNTS FOR BEADLE’S RELATIVE OBSCURITY. Until now. Today, he has undergone considerable reevaluation, and the Beadle Archive, established in 2006, has cataloged over 100 residential projects and another 100-plus commercial ones. 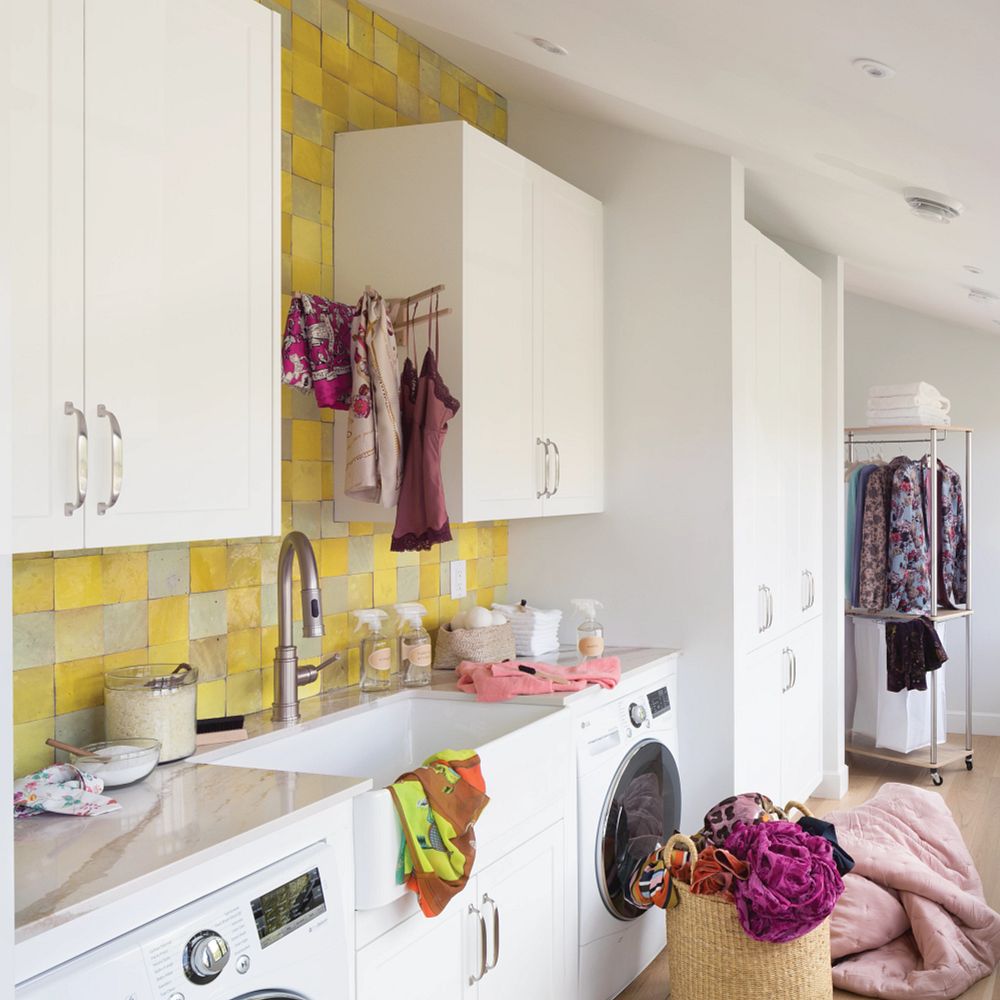 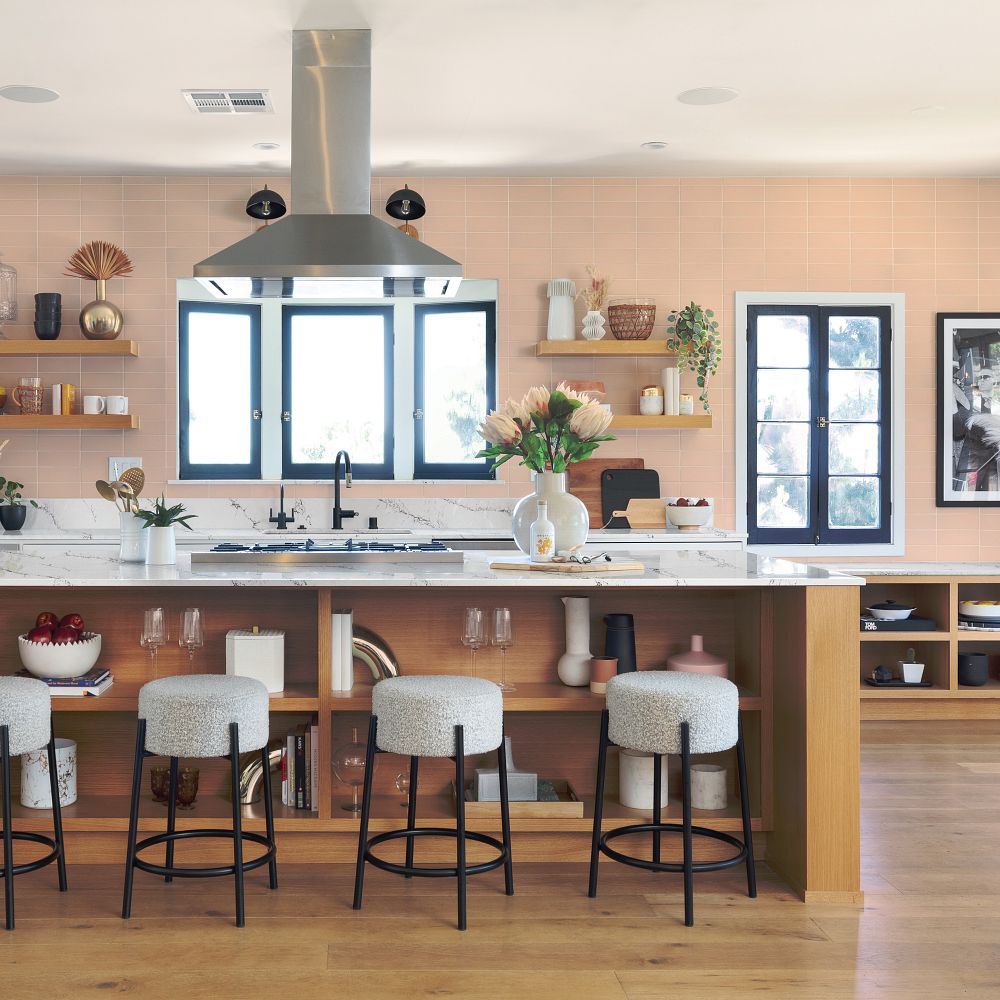 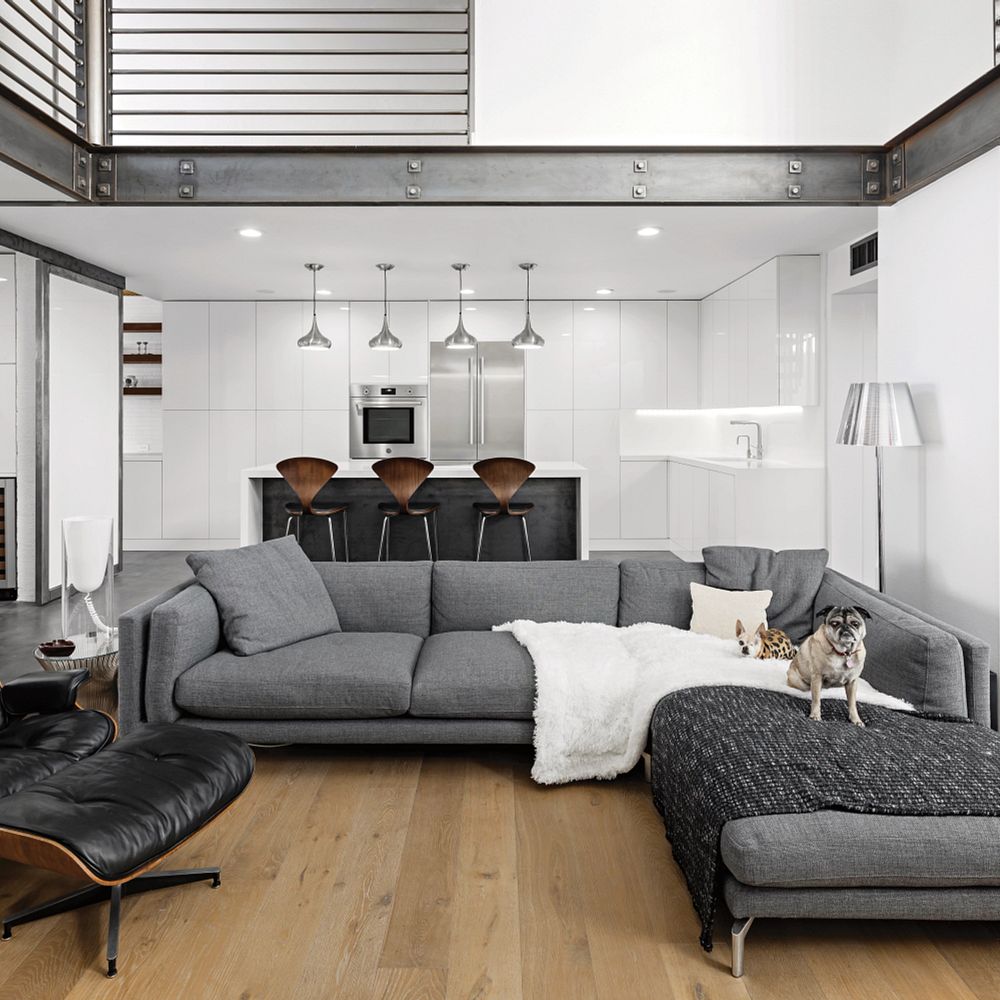